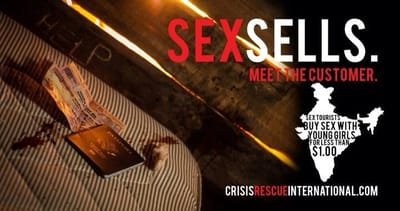 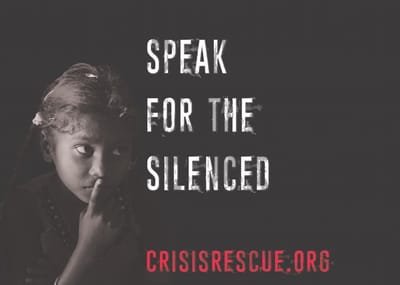 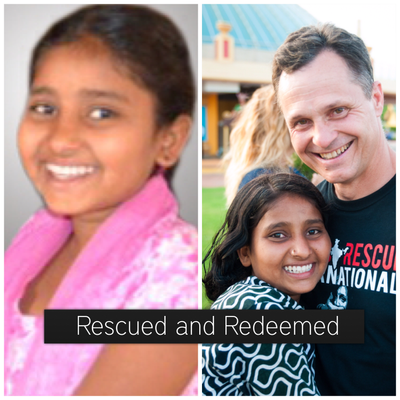 While providing humanitarian relief among the poor, we were exposed to the issue of trafficking. While volunteering at a food line, we encountered our first real look at a ‘Red Light’ area where young girls were being sold for sex. That scene was etched in our hearts and prompted us to take action, thus founding Crisis Rescue International in 2010. The vision began in an area of brothels that is home to thousands of women and children sold into slavery for sexual exploitation. Today, our three-fold mission is to Reach, Rescue, and bring Redemption to children at risk to these atrocities. Our heart’s desire, or vision, is to provide an opportunity for a new life that will give them a chance to see their dreams come true. Crisis Rescue International exists to love, rescue, and give hope of a life free from trafficking and sexual exploitation. By creating a safe and loving environment, where they are enabled to grow and develop physically, mentally, and spiritually. Our work provides basic education and vocational training for each child; ultimately, allowing them to integrate into their communities in a positive and constructive manner our organization and Values. At the core is the desire to see them come to faith in Jesus Christ and raise them to be devoted disciples.
Crisis Rescue International is a public benefit 501©3 non-profit committed to ending the trafficking and sexual exploitation of children. Healing is more than a slogan to us. It’s a way of life at Crisis Rescue International.
Our Vision
No child deserves to be trafficked. No child deserves to be sexually exploited. We seek to end the trafficking and exploitation of children completely. And we work to provide the best possible care to survivors.
THE FACTS
Trafficking: is a term used to describe the illegal trade of goods across borders – especially contraband, such as drugs – for profit. Over the last decade, the concept has been expanded to cover the illegal transportation of human beings, in particular women and children, for the purpose of selling them for forced labor  or sexual exploitation. In 1994, the United Nations General Assembly defined trafficking as the “illicit and deceptive movement of persons across national and international borders, largely from developing countries and some countries with economies in transition with the end goal of forcing women and girl children into sexually or economically oppressive and exploitative situations for the profit of recruiters, traffickers, crime syndicates, as well as other illegal activities related to trafficking, such as forced domestic labor, false marriages, forced prostitution and false adoption.” There are no accurate statistics of how many people are involved, but it is estimated that in the last 30 years, trafficking in women and children in Asia for sexual exploitation alone has victimized over 30 million people. In comparison, 12 million people were sold as slaves to the New World between the sixteenth and nineteenth centuries.  Trafficking of persons is the second largest illegal trade after arms sale. In 1997 according to U.N calculations, the procurers, smugglers, and corrupt public officials involved in the international trade in human beings, extracted $ 7 billion in profits from their cargo. We currently care and provide for over 300 children who have come from extreme poverty who were at risk or actively being in human trafficking through bonded labor or sexual exploitation,